The salt of the earth 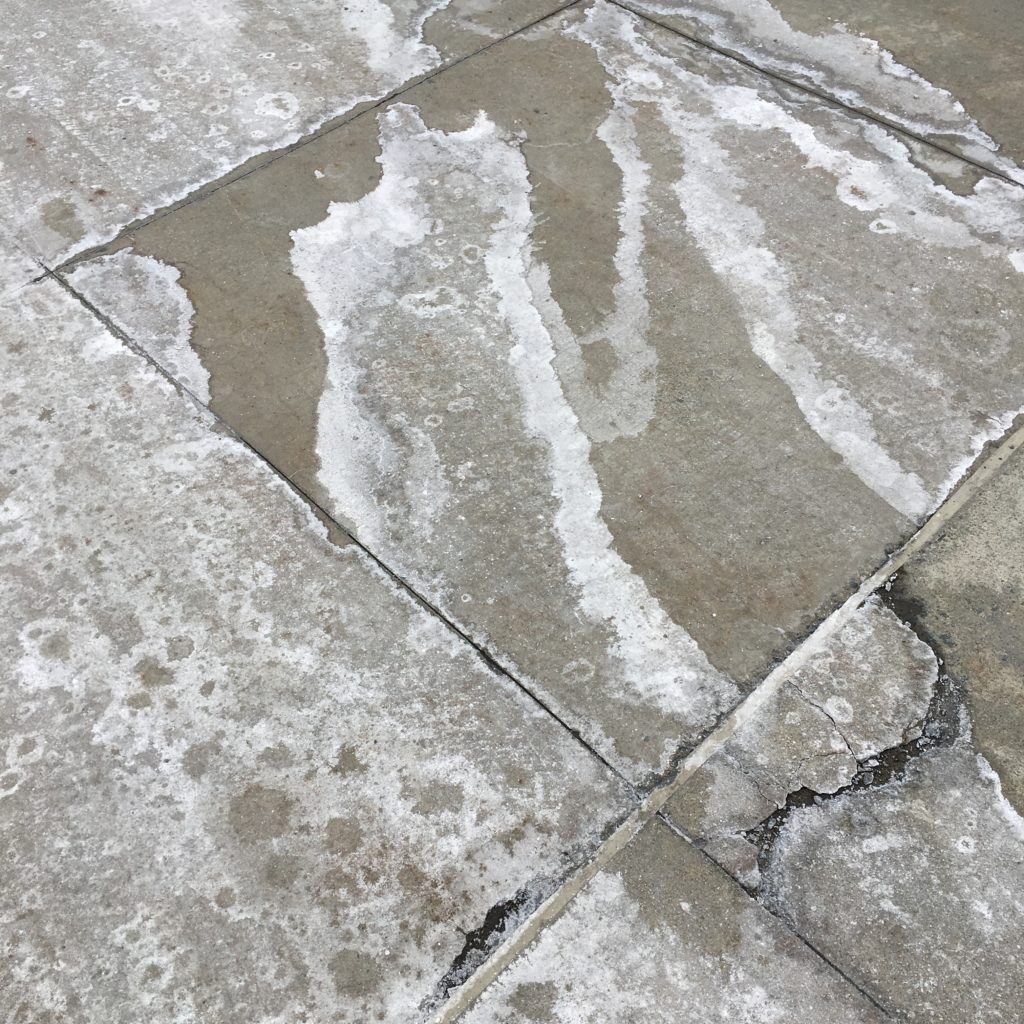 Descending into the heart of a mostly-empty campus, and streaks of salt point the way in: they are dragging the same memories of winter across the ground as I am. The downward wash of the streaks meets and crosses the rectangular pattern of the concrete pavers, the former obeying gravity and the latter obeying geometry. As still as scene may be, inwardly it preserves graceful arcs of motion, a gradual choreography— the kind that deserves a stately orchestra as accompaniment. Ridges and peninsulas form, extend, disappear; holes and islands gape open and widen into gulfs; a penumbra of white traces out the crumbling edge of poorly-laid concrete. 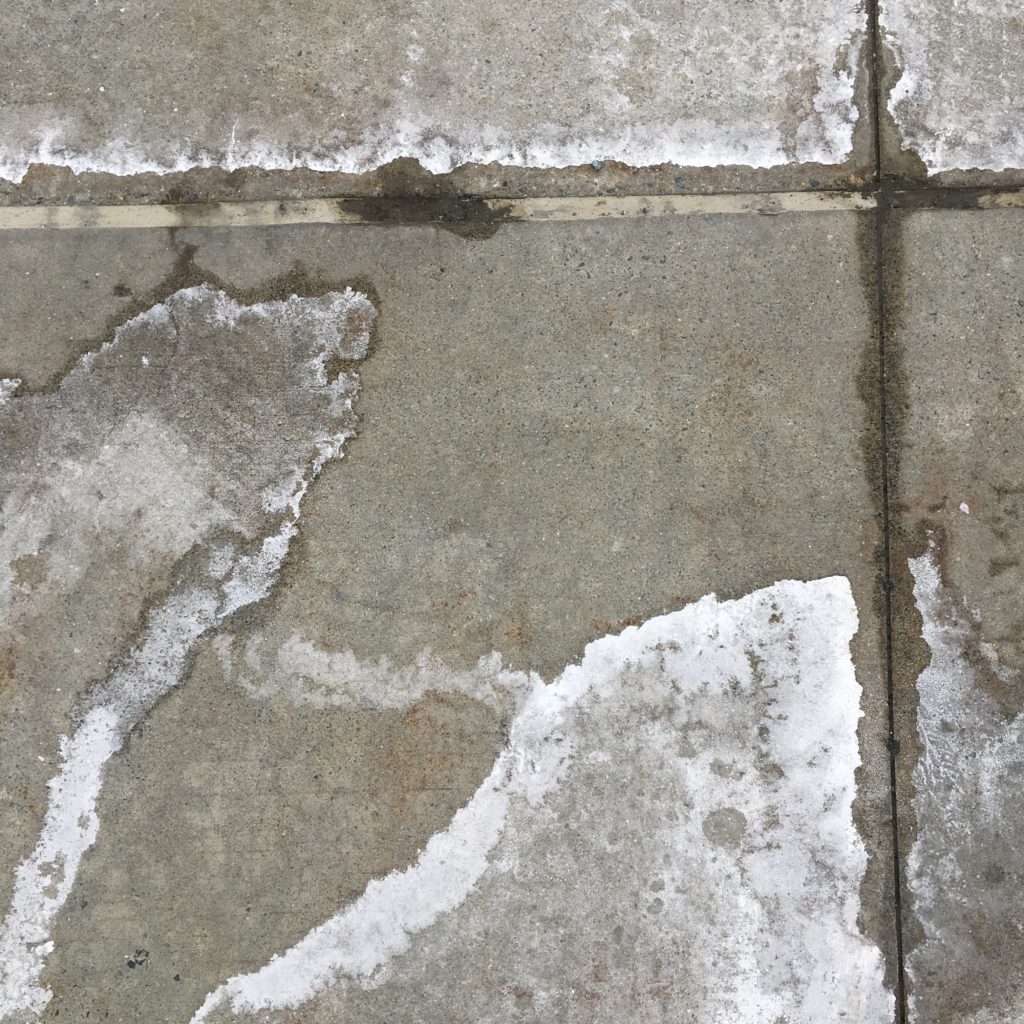 Melting snow, concrete, and salt: these make up the paintbox of March. Peer in closer and patterns within patterns become evident. What magic script of the universe made these shapes form in just this particular way? Why a break here, a thick stripe of pure white there, instead of in some other place, instead of any of the infite number of other configurations and patterns which might have been? There is a sort of answer found in the physical dynamics of the stuff itself: a specific volume of salty slush at such-and-such a slope with so-and-so interruptions will form exactly this shape and no other. But that is an unsatisfying kind of answer. The colors and flecks in the concrete, which came from some aggregate quarry somewhere, which just so happened to become mixed together in this one way, and just so happened to be bought by a contractor working on Dartmouth’s campus, and just so happened to be poured out in exactly this arrangement. The wobbles and irregularities in the grout: would they have been different if the favorite sports team of the person who laid this concrete had won instead of lost the night before the installation, leading him or her to daydream in a slightly different way?

Chance and law flow into one another, and in the dried-up streambeds behind them lies a beautiful residue: splotches, promontories, republics, city blocks and village squares and so many just-so lives. 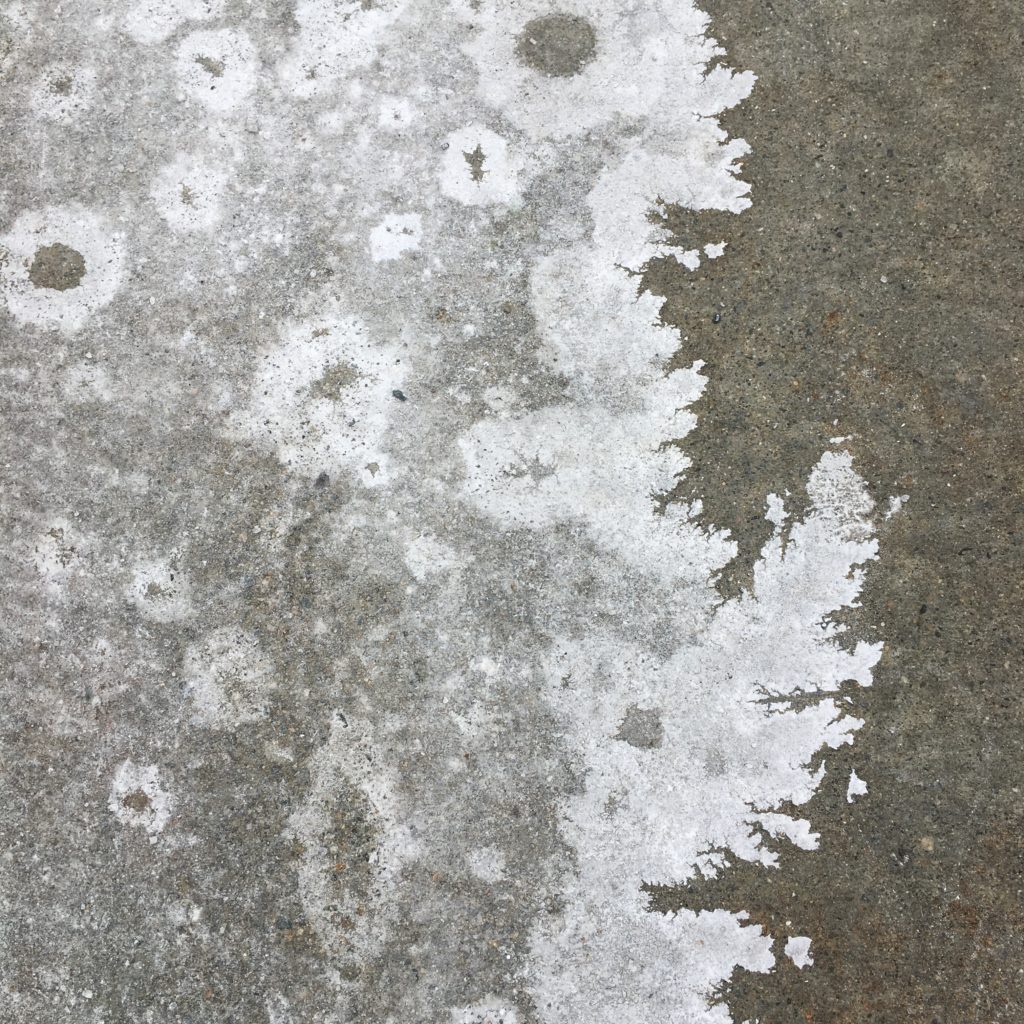